​Apps, cameras, action: How can SMEs simply use Vine, Periscope and Facebook Live?

SMEs are, on the whole, embracing the impact social media can have on driving engagement, awareness and building a solid customer base. But with live streaming and consumable, shareable micro videos becoming ever more relevant in driving messages, just how can businesses use this media? In this blog, we highlight three offerings: Vine, Periscope and Facebook Live

How can an SME use Vine?

There are many ways an SME can use Vine, from reflecting the company culture (think about ‘a day in the life’ of one of your personnel, or director: six one second ‘snippets’ from every hour) to capturing an event. For example, here’s a brief snapshot of a recent event that Five Mile’s Keith Jay and myself spoke at called "Drupal Show and Tell" at South Bank University, London:

Because it’s sharable, short and immediately engaging, Vines are great to hook viewers in. They’re also very simple to share on Twitter and embed the video on blogs (as we have done). They are straightforward, easy to create and can also help push the culture of an organisation to a wider audience in a fun way.

Owned again by Twitter, Periscope is a mobile app where users can record live video streams and share them with their network via Twitter. When you start broadcasting, a tweet with a link to the broadcast is automatically shared to your followers, prompting them to watch. You can see how many people are viewing your live stream. What’s more, users can share their thoughts on what they’re watching in real time though a comment box that all other users can read and respond to. 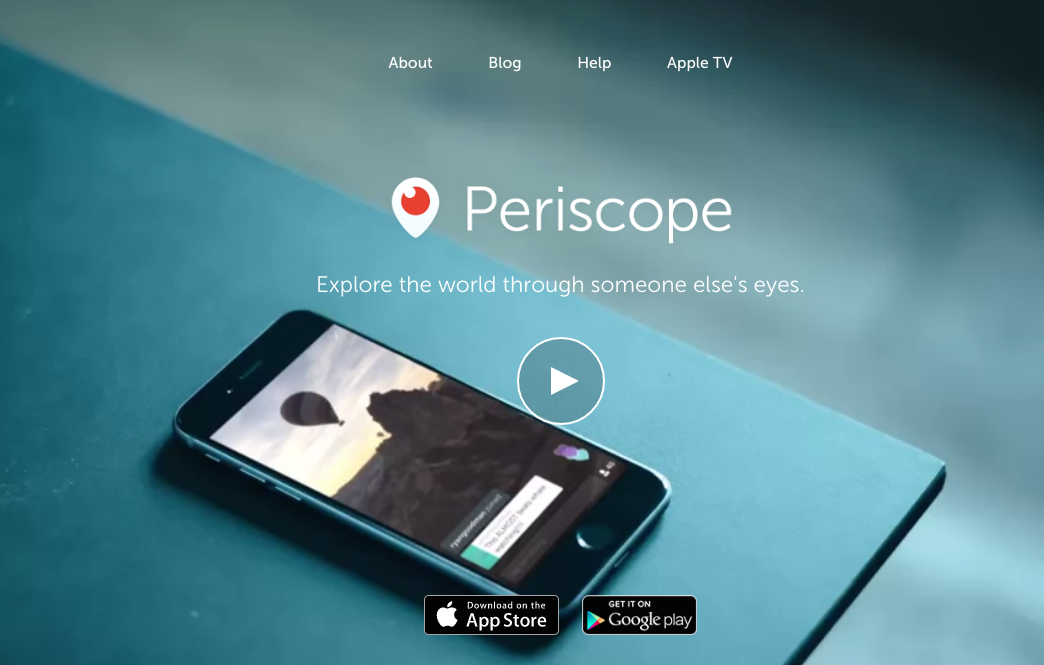 How can an SME use Periscope?

Periscope is relatively new, and while there are challenges to on-boarding audiences, the opportunities  for SMEs to experiment are huge. Why not use it to find out what kind of broadcasts your audiences engage with? They could be:

Twitter saw the potential power of Periscope, buying the company in February 2015 before it had even launched. So expect big things in the coming years. What’s worth remembering is the timing of your broadcasts - and of course building awareness around them. While you might have a strong Twitter following, unlike Vine, your users can’t dip into the broadcast post-event. The broadcast is only available for 24 hours and although you can save the video to your mobile, and then upload to YouTube to embed in blogs, this is a clunky solution.

The biggest draw of Facebook Live is that the audience base is in the billions, rather than tens of millions for Vine and Periscope. What’s more, after the end of your broadcast, the whole thing will be saved on your timeline like any other video you upload - a compelling feature when compared to the Periscope videos that disappear after 24 hours. A great way to build up meaningful content on your Facebook pages.

Live broadcasting might not be for everyone, but SMEs can dip their toe in and test out what works for them. Your audiences are becoming increasingly media and tech savvy and you need to keep up. So if you need help in understanding where all this fits into your business, just reach out and let’s chat.

As a strategist Lizzie's experience bridges both public and private sectors including work for Civil Service College, CAPITA, Comic Relief, Drupal Association, Pride London and Charity Commission. An ex-speechwriter and communications manager at Department of Health, she is also founder and director of ThinkNation, where young people, creatives and thought leaders articulate their insights and ideas about tech developments that will frame the future.